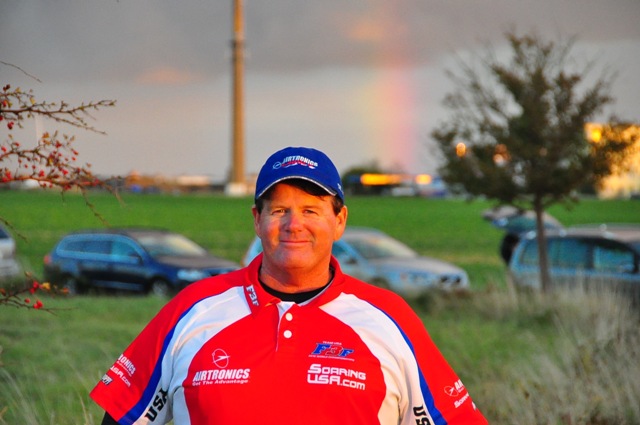 Warren is a concrete contractor living in socal. He has been flying model airplanes since a child, starting with control line (didnt we all?) and got into slope flying when he could get a ride to the beach! His competitive slope flying didnt begin until his wife purchased him his first slope racer (what a wife!)

WD has been racing competitively since that time in 2004 and has piled up multiple club victories and 5 times the Unlimited MOM Slope Race. He has been a pilot on the 2008 team (Slovakia) and 2012 team (Germany). WD also competes in local thermal duration contests as well. WD spends much time coaching local pilots in the local club, and socalsloperacing has turned into a “murderers row” of talent. WD also teaches golf for his local high school as well.

WD is married, with 2 sons. He uses a Graupner transmitter, and is a sponsored Soaring USA and MKS servos pilot. 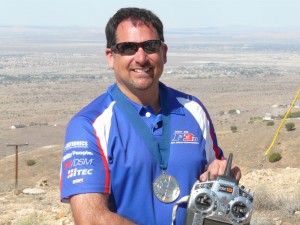 Tim lives in Carlsbad, CA and has 2 children, Jet and Talia. He has always been fascinated with technology and works in the Internet E-Commerce hosting business. In 2011 after receiving a Radian glider as a gift from an RC company, he met some of the Torrey Pines Gulls members at the famous San Diego cliff. A friend of his (Bob Bingham) lent him a more serious plane after he was told he could compete in the upcoming F3F race, and after that he was hooked.

He immediately began flying F3F and F3B planes and was soaking up as much information from all of the local pros as he could. He volunteered to go to China with the 2011 US F3B Team that when to China, all the while gaining valuable stick experience.

He flies the Pike Precision built by Samba and brought to him by Soaring USA, and uses the Horizon Hobby Spektrum DX-18 to command all his planes.

Steve has been competing in F3F primarily in Northern California, but recently he’s been travelling to Southern California races to prepare for the world championship in Donovaly. He’s designed planes that have won the International Slope Race, and one of the first RC sailplanes to DS over 300mph. Steve is currently flying the Pike Precision with a DX-18.